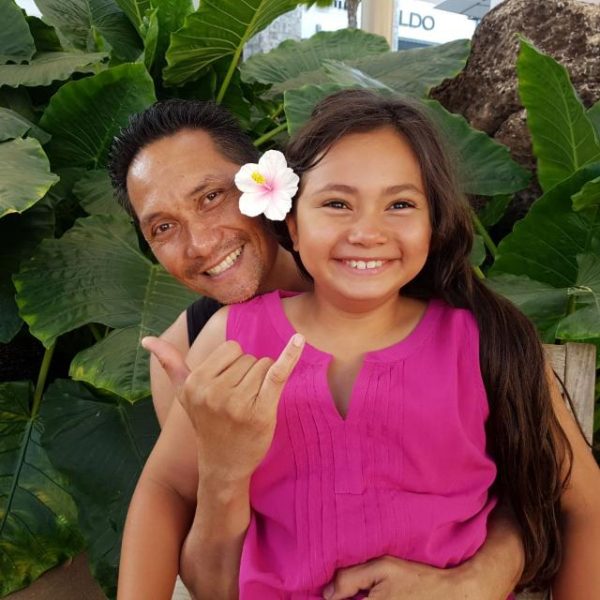 “I would say that my story is a story of perseverance.

When I was a small child, around age 2 and a half, my parents were told that I had Glycogen Storage Disease Type 4 (GSD IV).  There were only four known cases besides myself in 1977 and no one had ever lived past age 5 but somehow I went on to lead a seemingly normal life.

I even managed to graduate in 2009 from the University of Hawaii.  However, I began experiencing bad dizzy and confusion spells in my early to mid-30s.  This made it very difficult to complete some of my courses and I was forced to repeat a number of subjects in order to see myself through graduation.  It took me just under 10 years, but I was able to attain two degrees — an ATS in Computer Animation and a BA in Cinematic and Digital Narrative Production.

I was ready to start my career working in the television and film industry, but my symptoms began to progress at a more rapid rate.  I began to feel weaker.  My body was not responding as it was supposed to.  My energy level was low and it started taking longer and longer to walk.  I would fall every now and then.

Now at 40+, I still move slowly and have occasional falls every once in a while.  I feel empowered by finally having my APBD diagnosis to help others by sharing my story and encouraging people with similar symptoms to be tested.  I continue to stay positive since my philosophy is to invest in wellness versus to focus on my illness.  I focus on eating well and taking care of my body.  I enjoy spending time with my beautiful nine-years-young daughter, and I am looking forward to the future.”

Ronson’s story is part of the APBD Research Foundation’s, #MyAPBDstory campaign, to raise awareness and funds on Rare Disease Day, February 28, 2019.
Please visit this webpage to learn more and click here to donate.