APBD is a condition that affects the nervous system. People with this condition have problems walking due to reduced sensation in their legs (peripheral neuropathy) and progressive muscle weakness and stiffness (spasticity). Also, they have progressive difficulty in controlling the flow of urine, a condition called neurogenic bladder. Finally, about half with APBD will experience a decline in intellectual function (dementia).

How common is the disease?

APBD is a rare condition. Recently, Dr. Ruth Kornreich of Mount Sinai Medical Center in NYC found a 1:48 carrier frequency for either of the two most common APBD mutations [1) p.Y329S and (2)Dr. Akman’s recently discovered intronic mutation]. These findings were enough to motivate Mount Sinai Medical Center to add APBD to a list of 58 Ashkenazi Jewish diseases on their prenatal screen panel.

Although its exact prevalence is unknown, at least 160 cases have been identified as of December 2015. The disease is concentrated in Ashkenazi Jews.

But it is often misdiagnosed for MS, ALS, prostate disease (men) or other ailments—leading to much frustration, inappropriate medications, and even useless surgeries. Unknowingly, thousands may have APBD. Source: Adult Polyglucosan Body Disease Research Foundation (APBDRF)

What genes are related to APBD?

Is there a test for APBD?

Yes.  Genetic testing and blood protein sampling can detect or suggest mutations in the GBE1 gene known to cause APBD and are available only as a diagnostic service at specialized laboratories.

What research is going on?

Recently, the Baylor Metabolic Institute completed a six-year clinical controlled study of triheptanoin oil for treating APBD. This oil is made from caster bean—containing seven carbon atoms whereas foods have an even number—that circumvents the GBE and provides 500 calories without producing more polyglucosan bodies. The results of the study have not yet been submitted to the FDA for approval.

With the guidance of a scientific advisory board, the APBDRF has sponsored multifaceted research to reach a cure. This includes the following three approaches: (1) Increasing GBE activity (by stabilizing the mutated GBE with a peptide and other small molecules); (2) Lowering the accumulation of polyglucosan bodies in the cells (by down regulating glycogen synthase with compounds and antisense oligonucleotides); and (3) Correcting the non-functioning gene itself in compound heterozygotes (by using antisense oligonucleotides). We anticipate that the cure will be a combination of different approaches.

Are there any existing treatments for APBD specifically?

Each patient has customized supportive care from their physician based on their disability.

According to the literature, APBD shortens one’s lifespan. There are no known treatments that affect that outcome.

The APBDRF supports a patient initiated monthly chat room where issues such as supportive care are privately discussed.

What APBD drugs may be coming soon?

Recently, the Baylor Metabolic Institute completed a six-year controlled clinical trial of Triheptanoin, an alternative energy source for APBD patients. The Adult Polyglucosan Body Disease Research Foundation (APBDRF) anticipates that the results of this drug trial will be unblinded soon. If the results are positive, the newly improved FDA processing may speed this drugs availability. The APBDRF is concerned that some of its members may require financial assistance when a drug such as Triheptanoin is approved.

Do you know someone with urinary issues and peripheral neuropathy (foot or leg numbness)? It’s possible he or she has Adult Polyglucosan Body Disease (APBD).

APBD is a genetic disorder that results in the low activity of an important enzyme, Glycogen Branching Enzyme (GBE1), which is used to make glycogen. What is glycogen? Glycogen is the reserve “fuel” that is stored in your cells. Stored glycogen normally takes over when your normal fuel, glucose, runs low. Glycogen itself is made by your body from glucose, but your cells must have a special enzyme called GBE1 to make it correctly. Without enough GBE1, APBD patients develop malformed glycogen

What is so bad about malformed glycogen?

First, when there is low activity of the branching enzyme, newly formed glycogen is manufactured incorrectly into long strands called “polyglucosan bodies.” These polyglucosan bodies cannot be used for fuel, so they build up inside nerve cells. This causes damage to these nerves. The damage often results in numbness and eventually weakness in the muscles controlled by these nerves. Hence, this disorder has become known as “Adult Polyglucosan Body Disease.”

Second, since a lot of the glycogen was built wrong and cannot be used as normal fuel, the cells needing this fuel run low on energy much faster than normal. As a result, patients with APBD often report serious fatigue at certain times during the day.

Onset of symptoms may occur as early as age 35. Generally, however, most people are diagnosed in their 50s or 60s. The typical APBD patient will begin with numbness in his or her extremities, often in the toes and feet. In addition, he or she may often develop urinary frequency that far exceeds the norm. Over a period of years the numbness will progress to a loss of muscle control, and eventually to an inability to walk. The urinary frequency will often progress to a near complete loss of urinary control.

The numbness and urinary problems are by no means all of the bodily systems affected by APBD. Damage to other parts of the body varies from person to person. The last few years of life follow a similar pattern to other debilitating degenerative diseases like ALS and MS.  It has been documented that APBD patients have a reduced life expectancy.

AMY1 (salivary amylase) enzymes facilitate the breakdown of starches into glucose. Is there any known link between low AMY1 activity and APBD?

There is a lot of interest in Amy genes these days because some people have more copies than others and those who do more fully digest starch and thus extract more glucose from food and as such tend to be fatter and have more diabetes problems. The Amy genes are expressed only in the gastrointestinal tract and blood.

Bottom line Amy1 is not expressed in the brain so it is thought to be irrelevant to APBD.
a

Have APBD researchers ever looked into a Stem Cell Approach to curing APBD?

Dr Kakhlon February 2016
A few years ago we did try a stem cell approach for curing APBD. Neurological stem cell therapy is an expertise of our Department with world leading researchers such as Profs. Karussis and Ben Hur. However, as initial POC experiments involving brain marrow-derived stem cells co-culturing with APBD patient cells as well as incubation of APBD cells with the medium overlaying these stem cells did not show any positive results we did not pursue this direction.

What do mutated exons and introns mean for APBD?

Looking at the Glycogen Branching Enzyme gene (GBE1) in light of our train analogy, each of the two alleles has 16 railroad cars of information, called exons. There are 15 buffer spaces between the cars. The buffer spaces are called introns.

“Heterozygous” carriers for APBD don’t have disease symptoms; they simply carry a mutation on one of the two alleles composing their GBE1 gene.

In “compound heterozygous” APBD patients, the mutation found on the allele from the mother differs from that found on the allele from the father. Most often in this group, one allele has the exon 7 flaw at p.Y329S and the other has the Intron 15 flaw. In these cases, a small amount of active enzyme “leaks” from the allele with the exon 7 mutation, but enzyme production from the other allele is entirely shut down due to the nature of the Intron 15 mutation. Compound heterozygous patients who have the combination of a p.Y329S exonic mutation and an intron 15 mutation have about 8 percent of the normal GBE activity, and all of it comes from the allele which has the exon 7 mutation.

The difference in GBE activity for the homozygous and compound heterozygous patients does not seem to make a difference functionally. But clinical assessments need to confirm this point.

What about patients who are homozygous for the intronic mutation?

We have not seen any homozygous patients with the intron 15 mutation on each allele. It is thought that the condition is prenatally fatal and results in miscarriage of the pregnancy or in early infant death. The APBDRF is sponsoring research at Columbia University that explores this issue.

What do these GBE1 mutations mean for scientific research?

APBD research scientists have taken different approaches to treat APBD. Some have adopted a specific approach to address either homozygous or compound heterozygous APBD patients. Others are working on a universal approach for treating both types of APBD patients.

Why isn’t there an endpoint for measuring polyglucosan bodies present in human tissue? Isn’t it a measurable quantity and important for potential drug use in pre-symptomatic patients?

Biochemical markers are not acceptable end points because in certain diseases fixing biochemical defects do not really improve the symptoms. Therefore endpoints are all physical measures like 6 min walk test, feeling better or improving urinary incontinence.
It is even harder to include non-symptomatic patients in clinical trials.

Why can’t a measure of the relative levels of normal glycogen to polyglucosan bodies be taken?

Polyglucosan bodies can not be measured. Biochemically it is determined in histological slides by comparing images of digested and undigested glycogen with a-amylase in serial slides.

An APBD patient reports having significant issues with blood pressure. It goes from being very high (in excess of 220 systolic) to very low (60 systolic). Fainting occurred when it dropped as well as when it soared.

Some patients with APBD manifest significant postural hypotension, sometimes leading to syncope episodes because of inappropriate cardiac response. These are related to autonomic nervous system involvement by the disease.

Treatment includes several modalities and is difficult and must be conducted by a specialist in autonomic nervous system disorders.

A patient reports significant pains in their lower extremities. It began in the groin and radiated down the legs. We have not heard of this as a symptom experienced by other APBD patients.

Pain is rare in APBD, less often than numbness or paresthesias. When it occurs, it involves feet and distal legs and is related to the peripheral neuropathy. Pain in the groin must be specifically evaluated to rule out other causes.

What is a neutraceutical?

A neutraceutical is a product isolated or purified from foods; it is generally sold in medicinal forms not usually associated with foods. In 1989, Dr. Steven DeFelice coined the term “Nutraceutical ” from “Nutrition” and “Pharmaceutical.”

Who determines whether a product is a nutraceutical or a pharmaceutical?

Depending upon ingredients and claims, the FDA may declare a product as a neutraceutical or a pharmaceutical.

What are the differences in regulation between pharmaceuticals and nutraceuticals?

Under the FDA, drugs must pass clinical trials before being released to the public, and the tests need to prove each drug is safe, performing just as the manufacturer claims. After these trials, your doctor can prescribe the pharmaceutical to you.

What financial assistance is offered?

Which organizations provide such assistance?

We have begun conversations with Caring Voice (Ms. Pam Harris, President) and the Assist Fund (Mr. Gerald Lauria, representative) to provide financial assistance for the Triheptanoin drug. In the coming months, look to this space for more details about such arrangements with these and other organizations.
Such organizational relationships will serve the APBDRF well in the future: Our sponsored research for the APBD cure may result in new drugs also requiring financial assistance for some of our members. 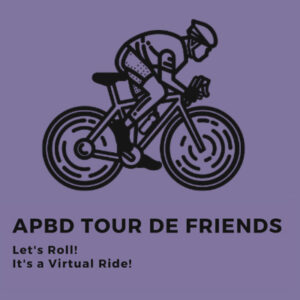