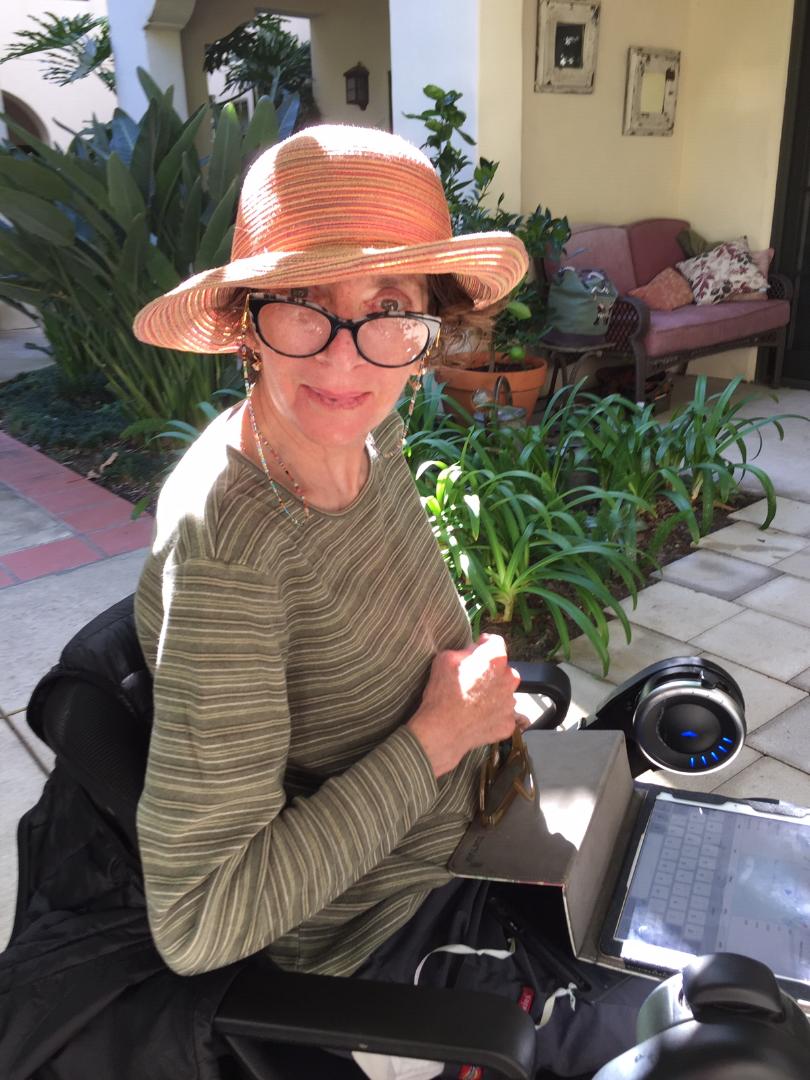 “What began in 2002 with urinary frequency and peripheral neuropathy has progressed to the point where I may hold the unfortunate title of APBD poster child.  Flash forward six years, worsened bladder woes, massive fatigue, lack of balance and walking difficulties sparked a four-year quest for a diagnosis.  In 2012 after countless tests, doctors, and misdiagnoses I learned I have APBD.  Then after two bouts of hypothermia and hospitalizations in 2014, I was using a wheelchair full time.  With a strong upper body, sharp cognitive skills, and part-time helpers I lived independently. But in 2017 choking and garbled speech began and by summer 2018 swallowing and speech were gone.  After a lengthy hospitalization and rehab, I regained some strength and learned to use my feeding tube.  I write on a small erasable tablet called a boogie board and use Proloquo4Text adaptive speech program on my iPad to communicate.  Now dependent on 24/7 caregivers at an independent senior community, I am blessed by the constant support of my brothers, girlfriend, other family, and dear friends.”

Alma’s story is part of the APBD Research Foundation’s, #MyAPBDstory campaign, to raise awareness and funds on Rare Disease Day, February 28, 2019.
Please visit this webpage to learn more and click here to donate.